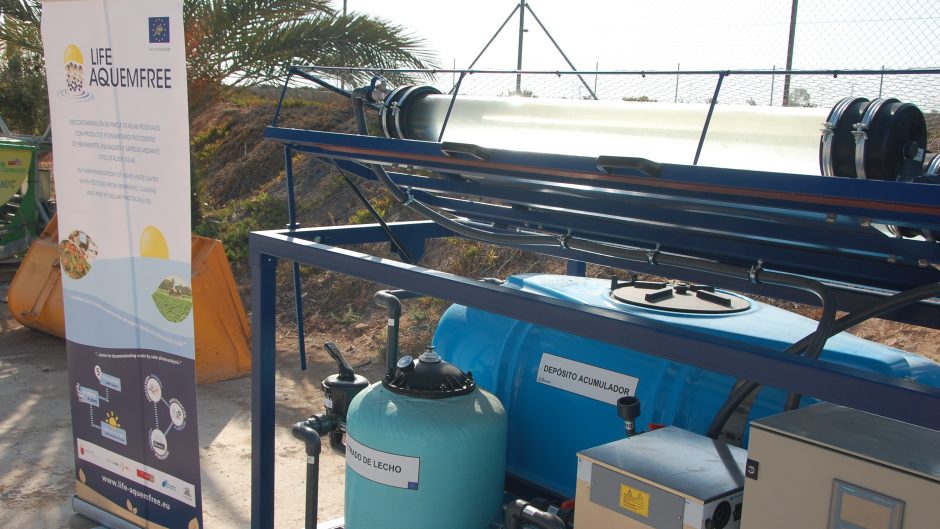 On Monday, initial decontamination tests began on the pilot equipment installed at the Los Rizaos farm situated within the Torre Pacheco municipality in Murcia. It is substantially smaller than the prototype at the Torreblanca farm and it is more compact and suitable for an agricultural farm.

José Fenoll, Scientific Coordinator of the project, will carry out several tests in the months of July and August in order to check the efficiency of the new design in terms of eliminating the most persistent pesticides.