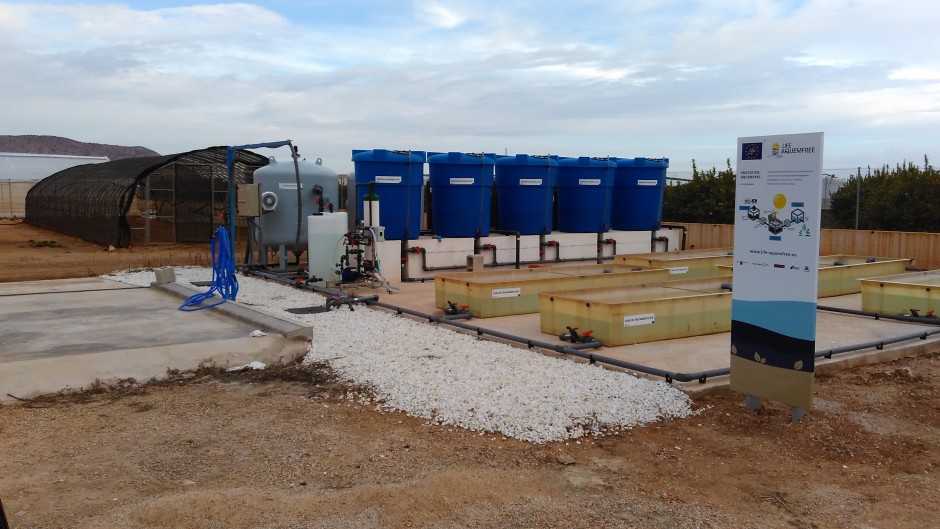 Initial tests, both during the summer months of last year and in November and December, using prototypes installed in farms as part of the LIFE-Aquemfree project have provided “very satisfactory” results, according to Dr José Fenoll, scientific coordinator of the project. He did, nonetheless, point out the atypical nature of the winter in the Region of Murcia since “the temperatures recorded were higher than those of the last few years.”

The aim of the Aquemfree project, which is co-financed by the European Commission’s LIFE programme, is in-farm decontamination using solar photocatalysis of waste water with pesticides from remnants, cleaning and rinses.

Fenoll confirmed that initial tests involving different photocatalysis processes began in June of last year. They have been carried out using the prototype installed on the Finca Torreblanca farm located in Torre Pacheco (Murcia, Spain) and which belongs to the Murcia Institute of Agri-Food Research and Development (IMIDA).

The initial experiments carried out in July and August were “very satisfactory” in both processes tested. That is, with an oxidant alone and with an oxidant plus semiconductor material such as TiO2. In fact, Fenoll revealed that both procedures “have permitted total degradation of pretty much all the 42 active matters tested over the course of just a few days’ treatment.”

A similar test was carried out in November and December, a time of the year when solar radiation reduces considerably. Even so, Fenoll commented that “total degradation of practically all the active matters tested” was achieved. He also pointed out that “the time needed to eliminate those residues was just a little more than in the test carried out in the summer.”

Fenoll also clarified that, despite the effectiveness of both treatments, the speed of the degradation process was greater in the tests using a combination of an oxidant and titanium dioxide (TiO2). In terms of disadvantages, Fenoll pointed out that the latter requires an ultrafiltration membrane in order to separate the particles in suspension in the titanium dioxide. As demonstrated in the model incorporated into the prototype, the membrane has proven to be effective.

Last of all, Fenoll commented that, in the case of the prototypes due to be installed before long in the farms participating in the project,  research will be carried out to determine if the quantity of UV radiation accumulated during the photoperiod can be used as an indicator of the time required for pesticide waste degradation in water used for cleaning and rinsing.