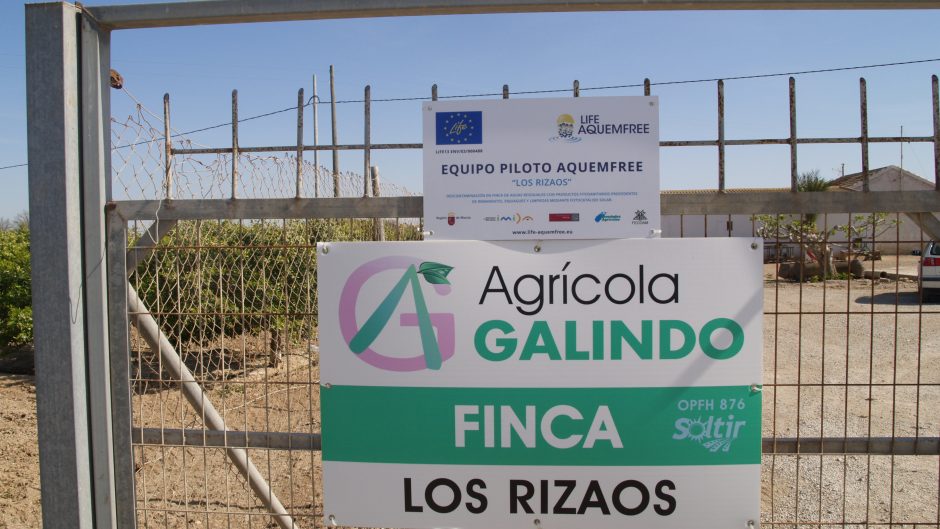 On 28th September, staff of the Los Rizaos farm were given a training workshop on the use of the Aquemfree pilot equipment situated at the agricultural holding located within the Torre Pacheco municipality in Murcia.

The course was given by Andrés Sánchez from Novedades Agrícolas and attended by both staff from the farm and IMIDA researchers in charge of handling the pilot equipment during the months of July and August.

The project’s Scientific Coordinator, José Fenoll, gave a positive report on the results obtained at field scale during use of the equipment in the summer.